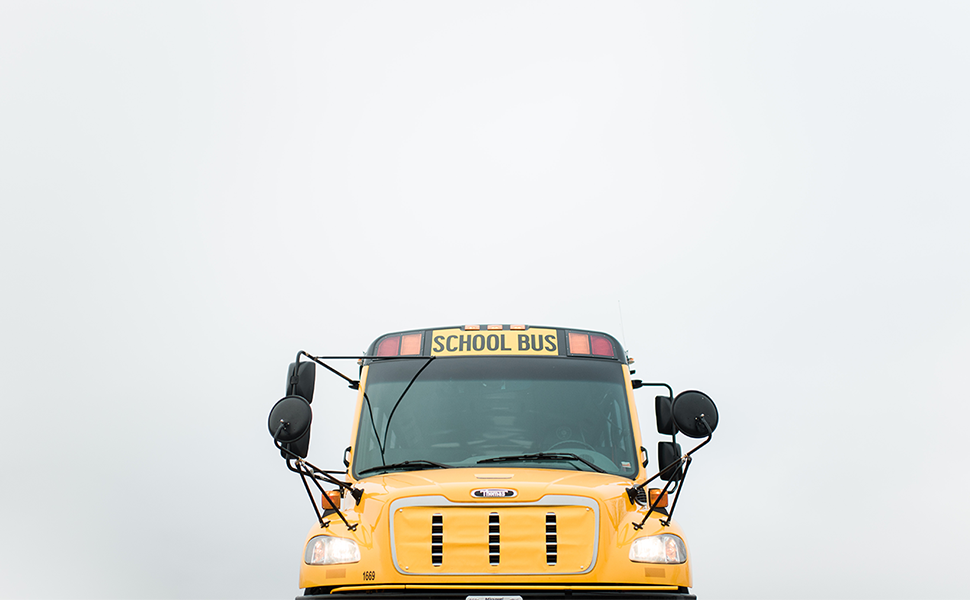 Preparation for a new contract doesn’t typically start until a few months before a new school year, but our contract with the Kenai Peninsula Borough School District in Alaska is not your typical contract. Covering over 25,000 square miles in a harsh winter climate, it involves a new tiered busing system due to bell time changes for 10 schools.

With so many unique challenges ahead, we wanted to make sure the transition would be as smooth as possible, so we started prepping with the district over a year in advance.

First and foremost, we knew a bus in Alaska would need to look and operate much differently than a bus in the Lower 48. Due to the harsh climate, we took extra safety measures and engineered an entirely new fleet of 89 buses with several new features—including additional lighting, instant tire chains, added insulation, studded tires, a second stop arm at the rear of the buses, and new “top-of-the-market” heaters to warm the engine and inside of the bus more quickly and consistently.

In the district’s request, they put out bid specifications that meet both national and state standards, but we wanted to exceed those standards, and we provided any extra features and safety measures at no additional cost to the district.

In an article in the Peninsula Clarion, Assistant Superintendent Dave Jones said, “It’s nice that they’re concerned about the safety of our students to the point that they are actually building buses to a higher standard than we require them to.”

The previous contractor had been the primary vendor in the state for the last 15 years. The school district had concerns about the prices they were paying, so they decided to see what else might be available.

We were able to significantly reduce daily costs and decrease the number of buses by six, saving the district nearly $600,000 a year and $6 million over the life of the contract.

When employing nearly 100 drivers to man the fleet of buses, we gave first priority to drivers who had experience with the school district from working with the previous contractor.

We also set up three office sites on the peninsula in Homer, Soldotna, and Seward so that we would have plenty of attendants, mechanics, and other full-time staff members on the ground, seeing out the contract’s execution on a daily basis and working to improve it every step of the way.